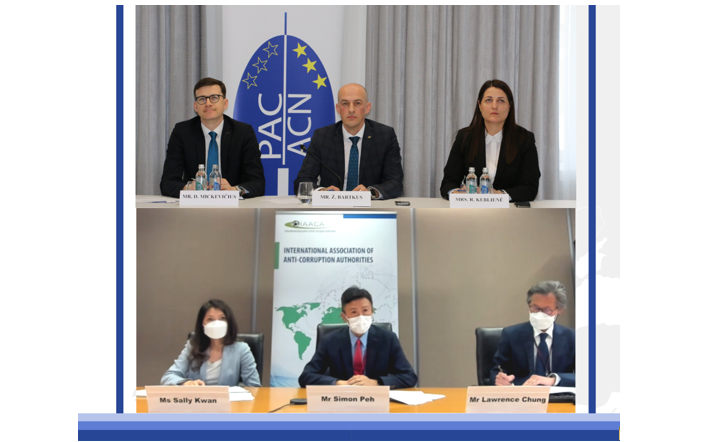 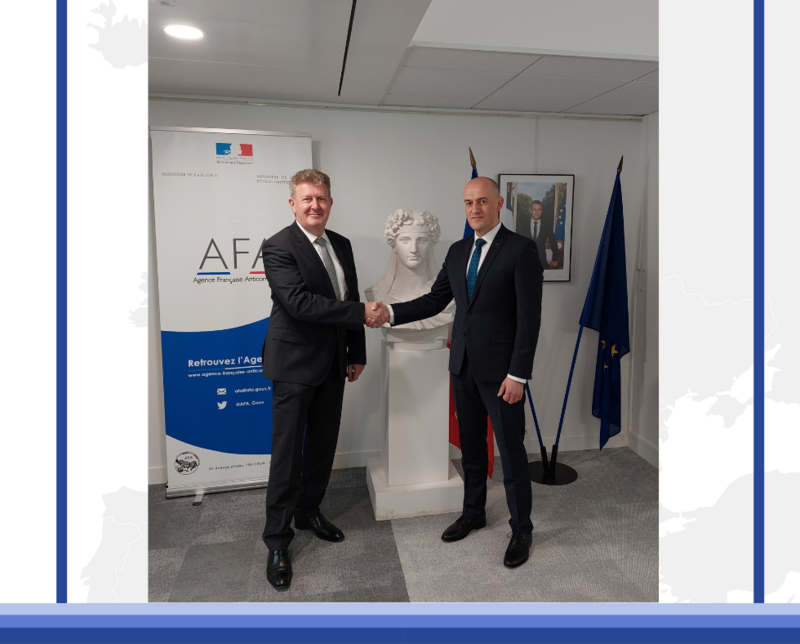 On 26 April 2022, EPAC/EACN President Žydrūnas BARTKUS had an online meeting with the President of International Association of Anti-Corruption Authorities (IAACA) Simon PEH. After both sides presented their activities, challenges and goals, discussion on collaboration possibilities between EPAC/EACN and IAACA followed.

Ideas on the possibility to co-organise joint training programmes, participate in each other‘s webinars or various projects and share expertise were discussed. Both sides agreed that corruption shall be viewed as a serious problem and as a threat to the global community.

“By working together and building actively an international anti-corruption community, which is based on mutual trust and respect, we can make the fight against corruption more effective in the entire world,” said Mr Žydrūnas BARTKUS, EPAC/EACN President and Director of Lithuanian STT.

“Countries in these days see the risks of corruption differently, thus, it is of utmost importance to have a shared understanding how dangerous corruption can be,” said Mr Simon PEH, IAACA President and Commissioner of Independent Commission Against Corruption, Hong Kong, China.

Prior to this meeting, Mr Bartkus met also with two Vice-Presidents of IAACA: Mr Charles DUCHAINE, Director of the French Anti-Corruption Agency, and Mr Fikrat MAMMADOV, Minister of Justice of the Republic of Azerbaijan. During these meetings, the importance of the rule of law and an independent judiciary for all countries were discussed, ideas about necessary anti-corruption measures for Transparent Europe goal were shared.