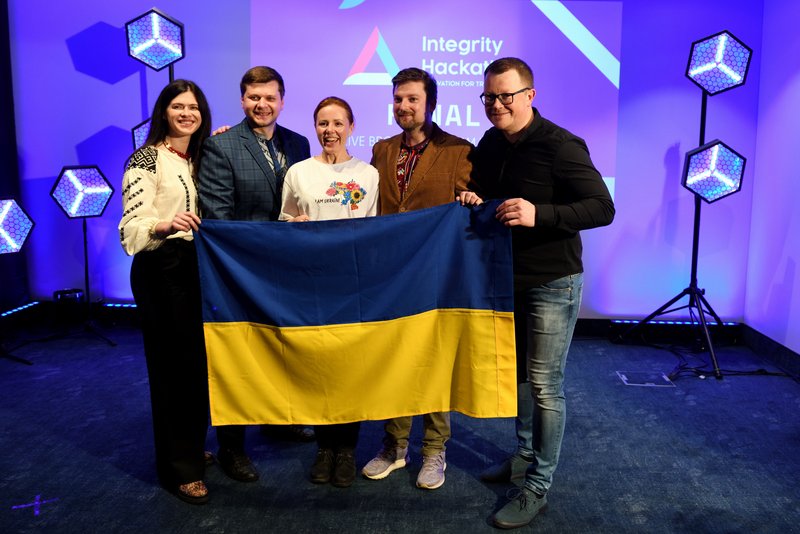 The finals of the international anti-corruption hackathon "Integrity Hackathon" took place in Vilnius. The team from Ukraine with its innovative idea for ​​anti-corruption public awareness training won the competition. The team’s project uses a specially designed augmented reality program allowing everyone to see how the phenomenon of corruption changes our environment and takes a look at impressive "before and after" images, thus helping viewers to understand the damage caused by corruption in our daily life. The first-place winner received a prize of 15.000 EUR - a check for remote courses at prestigious universities around the world.

After intensive competition between teams and long discussions among the panel’s members, the team NABU, representing the National Anti-Corruption Bureau in Ukraine, was announced to be the winner of the hackathon. The team from Kaunas "Faircheck" came second, and the third place went to the team of the “Vilniaus vystymo kompanija”.

The integrity ideas were evaluated by a competent international panel

The hackathon evaluation criteria ranged from the technical and financial validity of the proposed solution to the determination of market entry strategy, customers, market size and value. Martynas Kandzeras, a representative of investors - Lithuanian Business Angel Network, watched the teams’ presentations and provided his insights as well.

Talking about the hackathon final, Žydrūnas Bartkus, Head of the STT, said that the panel had a difficult task in choosing the winner since all the teams in the finals and their ideas were very strong, and just getting to the final stage of the competition is already a significant achievement.

"The final of the International Hackathon is an important day, not only for Lithuania, but for the whole Europe. If implemented, each of the presented ideas, positive changes in creating a more transparent Europe would be expected. I am glad that integrity enthusiasts working shoulder to shoulder can offer highly original solutions. Once again, I congratulate the Ukrainian team for proposing a well-thought-out idea that can easily be adapted to any European country.”

"Traditional means of creating an anti-corruption environment that worked a few years ago, no longer work, therefore it is necessary to look for innovations, new approaches, to come up with different solutions for the future," said Drago Kos, Chair of the OECD Working Group on Bribery in International Business Transactions.

The Ukrainian team NABU proposed to create an augmented reality app "Before and After", which would be a convenient and impactful way to appeal to various social groups using the most advanced technologies and show how corruption phenomena change the environment.

"In order to attract the attention of the Ukrainian public, we propose to create transportable exhibition stands that can be displayed in various urban spaces, such as train stations. Posters with different photos of corruption phenomena - poor quality roads, images reflecting environmental problems, etc. would be displayed on the exhibition stands. By downloading an augmented reality app and pointing your smartphone at the poster, you would see an image on the screen illustrating the same situations without corruption. "Before and after" posters would illustrate the idea of what our environment could look like after the elimination of corruption - instead of a potholed road, you can see a modern and high-quality road, a public swimming pool instead of a parking lot, etc." the representative of the NABU team explained.

The app and a specially designed website would also provide easily accessible information on what to do when faced with various forms of corruption and offer more information about ongoing corruption investigations in the state. The public would be better informed about the damage of corruption and encouraged to join in the fight against it. The Ukrainian team divided the project into several stages and presented a financing plan, possible partners, and publicity actions.

The runner-up team "Faircheck" proposed an innovation in the field of digital transparency that could make the expert evaluation of administered digitization projects more efficient not only in the public sector, but also in the private sector. The developed solution can speed up, make much more transparent, simplify the software expert evaluation process and reduce its cost as well as make it possible to obtain an unbiased conclusion not only for controlling authorities, but also for software developers and customers. If implemented in practice, it can become a digital advisor of sorts, helping to understand and transparently evaluate the confusing IT field.

The team of the “Vilniaus vystymo komapnija”, which came third, offered a tool that would help any organization select the most suitable candidate for a job opening, using a flexible and practical tool based on the principles of neuro-linguistic programming. The proposed tool would help to choose the most suitable candidate who meets the organization's level of integrity and values.

The teams competed not only for the title of the best integrity idea but also for a 15.000 EUR check for remote learning courses at prestigious world universities. The Ukrainian NABU team members can choose courses prepared by the world's leading scientists and practitioners in leadership, IT engineering, artificial intelligence, management, communication, and other scientific fields at renowned universities such as Harvard, Oxford, Massachusetts Institute of Technology, etc. Intensive remote courses will help the team to continue working on their product and offer innovative solutions in the future, both in the anti-corruption field and in other areas.

You'll find the final broadcast video of the Hackathon on STT's YouTube channel.

The "Integrity Hackathon" was organized by the the Special Investigation Service of the Republic of Lithuania and Vilnius šilumos tinklai in partnership with the EPAC/EACN network. The two-part event brought together more than 100 experts and enthusiasts for creating a transparent, corruption-resistant environment. 13 teams from Lithuania, Ukraine, Azerbaijan, Moldova, Romania, and Brazil generated ideas in the virtual semi-final, and three teams were selected for the finals by members of the international panel.

For more information please use the following contact options:
info###integrityhackathon###lt
+370 615 09033 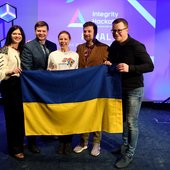 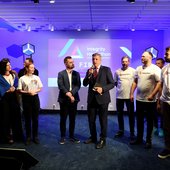 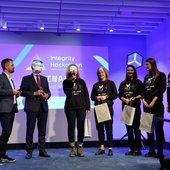 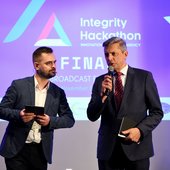 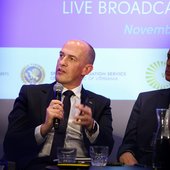 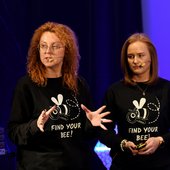 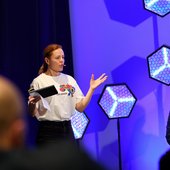 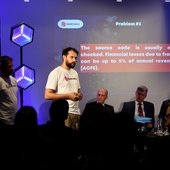 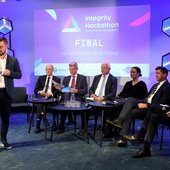