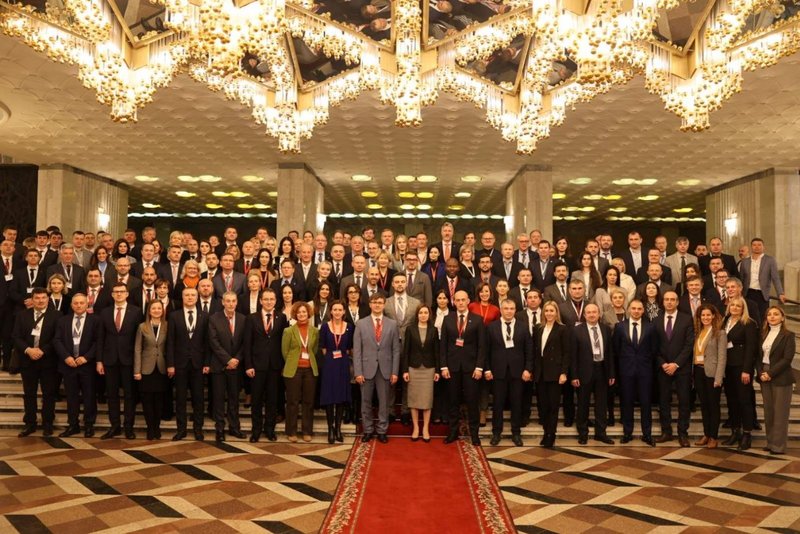 On November 23-24, the 21st Annual Professional Conference and General Assembly of the European Partners against Corruption and European contact-point network against corruption (EPAC/EACN) took place in Chisinau, Moldova. During the event, the Chisinau Declaration was adopted and six new EPAC/EACN Members as well as one new observer were accepted to the network.

The EPAC/EACN annual conference was held in Moldova for the first time. About 180 participants from 24 different countries, as well as EU agencies and international organizations, took part in the event.

The Annual Conference was opened by Maia Sandu, President of the Republic of Moldova. “We are proud to host the EPAC/EACN Annual Professional Conference and General Assembly here in Chisinau. It is a great opportunity for the representatives of our local authorities to make contacts with experts from many different countries. We have many challenges and some of them have to be sorted out immediately, for this reason we need your help. We are dedicated to fight corruption and this events presence is a confirmation of the determination spirit. With your support real changes are possible”, said President of the Republic.

“Combating corruption is one of the top priorities for Moldova on its road to the European Union and EPAC/EACN, as a professional network of European anti-corruption and police oversight institutions, can offer best and ready to use expertise in this area. The Annual Professional Conference is a great chance to talk, to establish contacts and look for best solutions in creating an anti-corruption and integrity environment in Moldova, in other countries and on our continent. It is also a great chance to express our support for anti-corruption and other reforms that are taking place in Moldova, as well as other countries in the region. And also to neighbouring Ukraine, which is currently facing an immense act of aggression against its freedom and territorial integrity” said Žydrūnas Bartkus, President of EPAC/EACN, Director of the Special Investigation Service of the Republic of Lithuania.

The two-day Conference brought together prominent speakers from international organizations, EU agencies, national authorities and EPAC/EACN members to discuss topics related to investigation of high-level corruption cases, international cooperation and information exchange, criminal assets recovery, as well as new tools of corruption prevention and risk assessment. Among the speakers were the longstanding Chair of the OECD Working Group on Bribery Drago Kos, Managing Director of the Basel Institute on Governance Greta Fenner, Executive Secretary of the GRECO, Council of Europe Hanne Juncher, Daniel Murphy, Head of the International Anti-Corruption Coordination Centre (IACCC) and many other inspiring speakers.

During the EPAC/EACN Annual Conference and the General Assembly, the Chisinau Declaration was signed as well. It is the final document of the conference, which addresses the members of the network, i.e. anti-corruption and police oversight bodies, as well as European national governments, European Union institutions and international organisations with proposed actions to strengthen anti-corruption commitments.

Among other events of the Conference, the EPAC/EACN award was presented to the most innovative anti-corruption initiative. This year's award was won by the National Anti-Corruption Bureau of Ukraine for the established "Anti-Corruption School".

The EPAC/EACN network has increased by one new observer -  the European Public Prosecutors‘ Office (EPPO) and six additional members: Ireland's National Police and Security Service Anti-Corruption Unit and Garda Síochána Ombudsman Commission, Internal Security Bureau of the Ministry of the Interior of the Republic of Latvia, Chief Official Ethics Commission from Lithuania, Internal Protection and Anti-Corruption Service of the Ministry of Internal Affairs of the Republic of Moldova, State Bureau of Investigation of Ukraine, which requests for membership were approved during the General Assembly.

“We must understand that corruption is a transnational phenomenon, and its effects spread to our countries. The only solution to achieve results is to strengthen our cooperation, exchange operational data, including for the purposes of investigations and for criminal prosecution, and finally to execute the confiscation of assets derived from crimes. The priority of the Republic of Moldova is all the more important, since we have become a candidate state for membership of the European Union. We internally consolidated our positions as authorities structured to fight big corruption and we will continue to develop this direction", said Iulian Rusu, Director of the National Anti-corruption Centre of the Republic of Moldova.

The EPAC/EACN Secretariat thanks all participants and contributors and is already looking forward to the next annual conference in Ireland.

Note: the images can be used for official (non-commercial) purpose, the © belongs to GIZ/Serghei Bucico 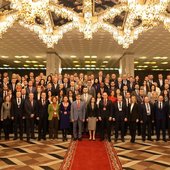 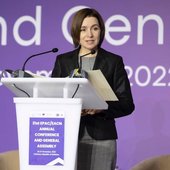 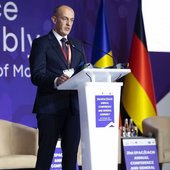 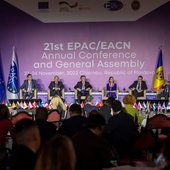 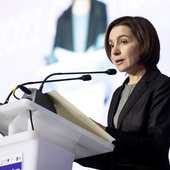 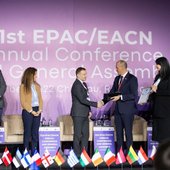 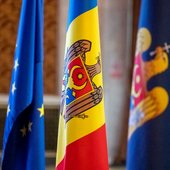