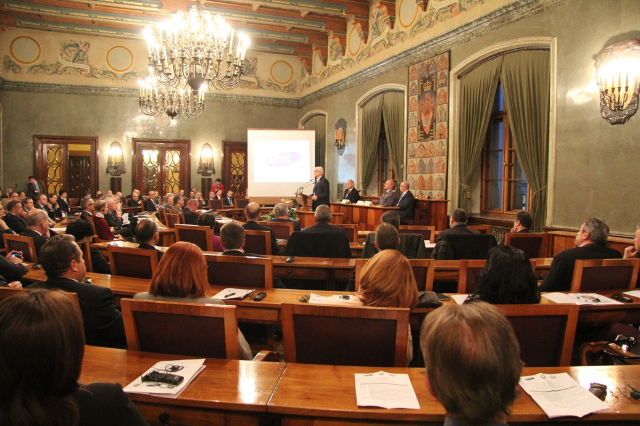 Close to 100 delegates met in Krakow, Poland, from 13 to 15 November 2013 for the network's Annual Professional Conference and General Assembly.

Presentations ranged from current issues such as the European Commission’s proposal concerning the European Public Prosecution Office over topics particularly relevant for the police oversight strand to specific anti-corruption findings from members of the networks.

On the last day of the conference, the General Assembly took a number of important decisions. Most notably three new members were unanimously accepted; - the A.N.AC. from Italy, the Immunity Board at the Police Department under the Ministry of the Interior of the Republic of Lithuania, and the Estonian Internal Security Service were welcomed to the network.

Once again the event provided a platform which allowed for exchange between delegates on both a professional as well as on a personal level. The thanks of the delegates and the Bureau go to the Polish colleagues for the perfect organization.

Next year the conference will take place in Sofia, Bulgaria, hosted by the Bulgarian member authorities.